This recipe for homemade beer was provided by Sophie, a self-proclaimed kitchen guru with a taste for home brewed beer. Ever since she got her first start up kit from Core Brewing Concepts… she has been searching for that perfect glass of beer. She is not quite there yet, but she sure is trying.

Beer was considered to be the gift from the gods in the early ages and today only true beer lovers often recognize the charm of homemade beer. The easiest way of making beer is by cooking the extract, but this way the wort production will be avoided. This extract is actually the concentrated wort dehydrated in the form of powder or honey consistency. For experienced hobbyist beer cooks, wort preparation is the most interesting because this phase is ideal for making taste corrections. The result of this first phase is already prepared in the form of powder, so the only interesting part now is the fermentation process and after this phase the results can be quite surprising. The first step of the cooking process is leaving the extract to dissolve in heated water. After that, the yeast is added, which is followed by the fermentation process. 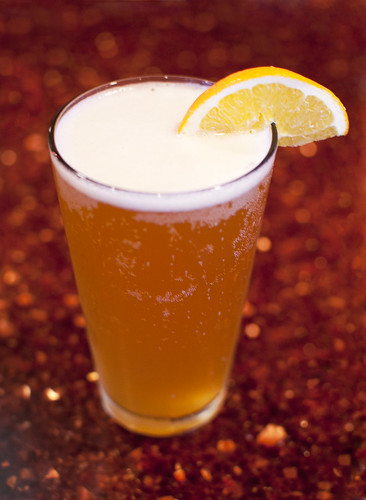